Playing Outside with Aurora... 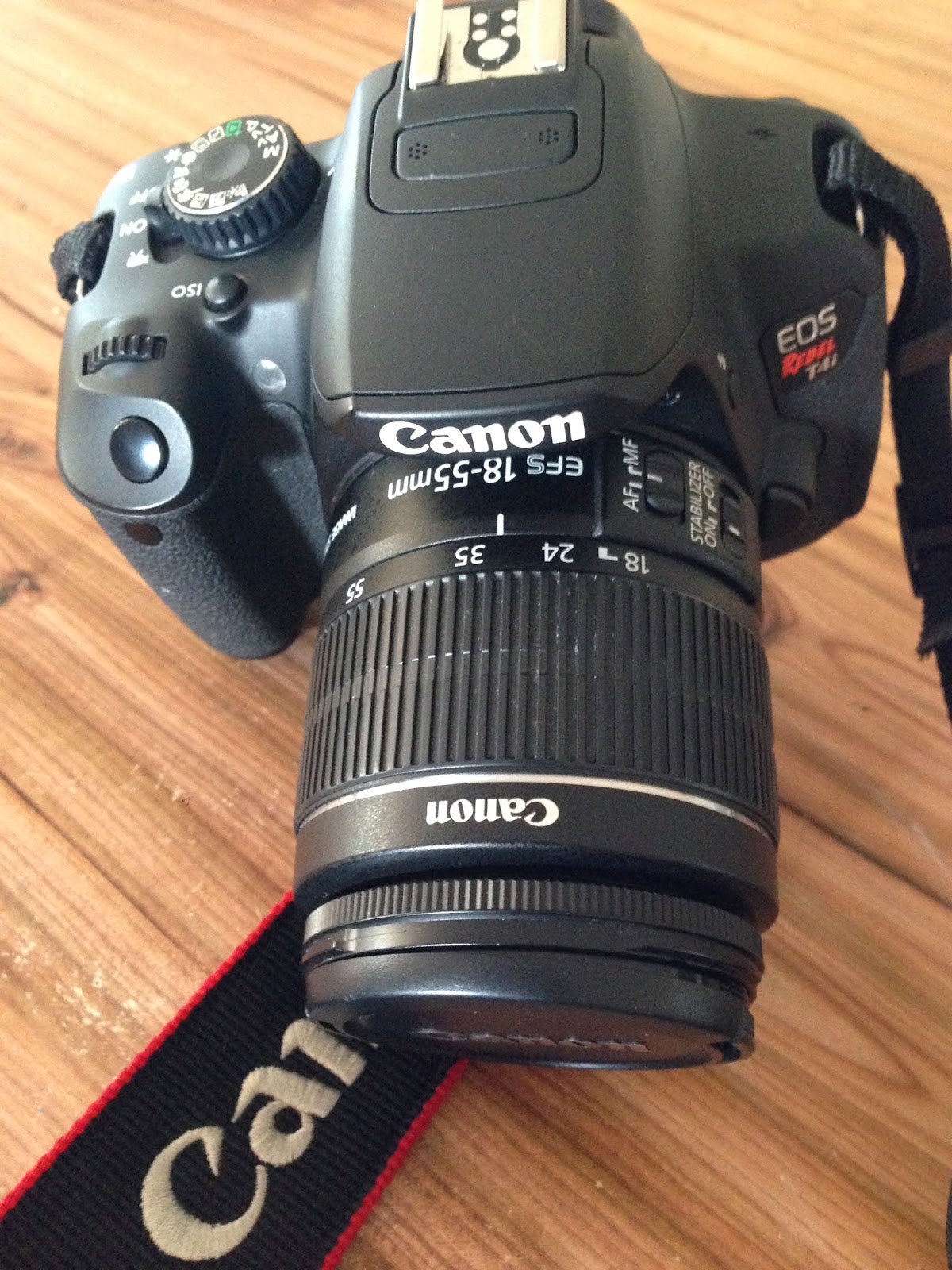 I wouldn't say I'm an expert I'm still a novice at this and received some help from a couple of people this year.  Janice and Doug Doherty residents of Nome told me about the Aurora Forecast app for my iphone.  So I could have an idea when the lights would come out. 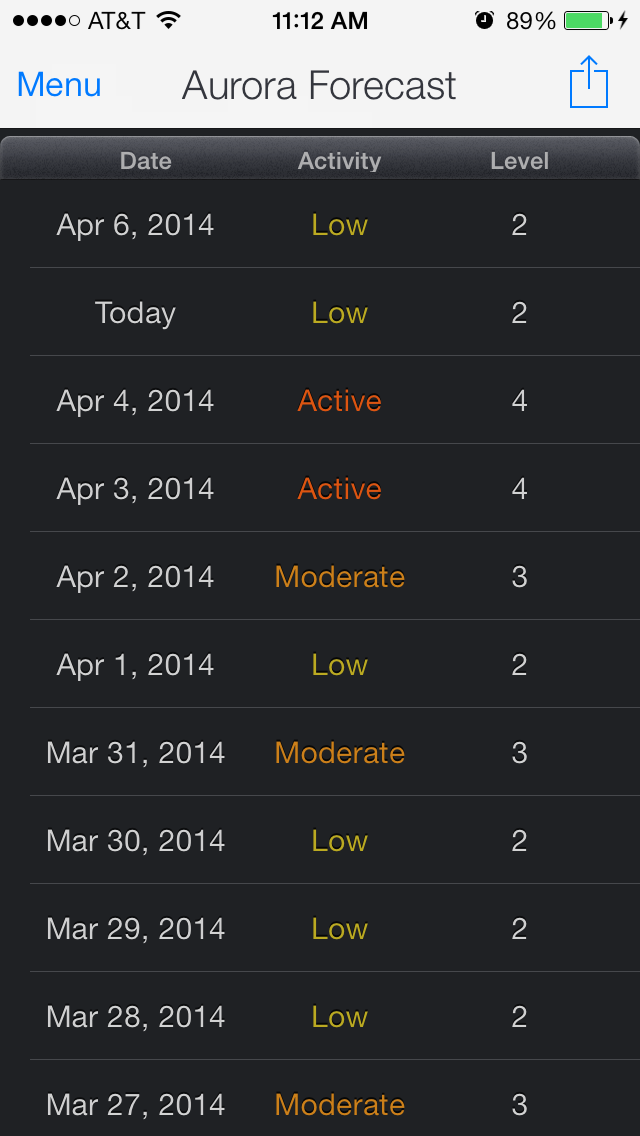 Also on Facebook Aurora Alerts by Soft Serve News is a great resource.  I also received hands on help from a lady who's name I never got who said she use to teach classes at UAF on how to take pictures of the Northern lights.  This was excellent because I had no idea where or how to change aperature, set my timer, what an F stop was, or how to focus to infinity.

Here are some tips: 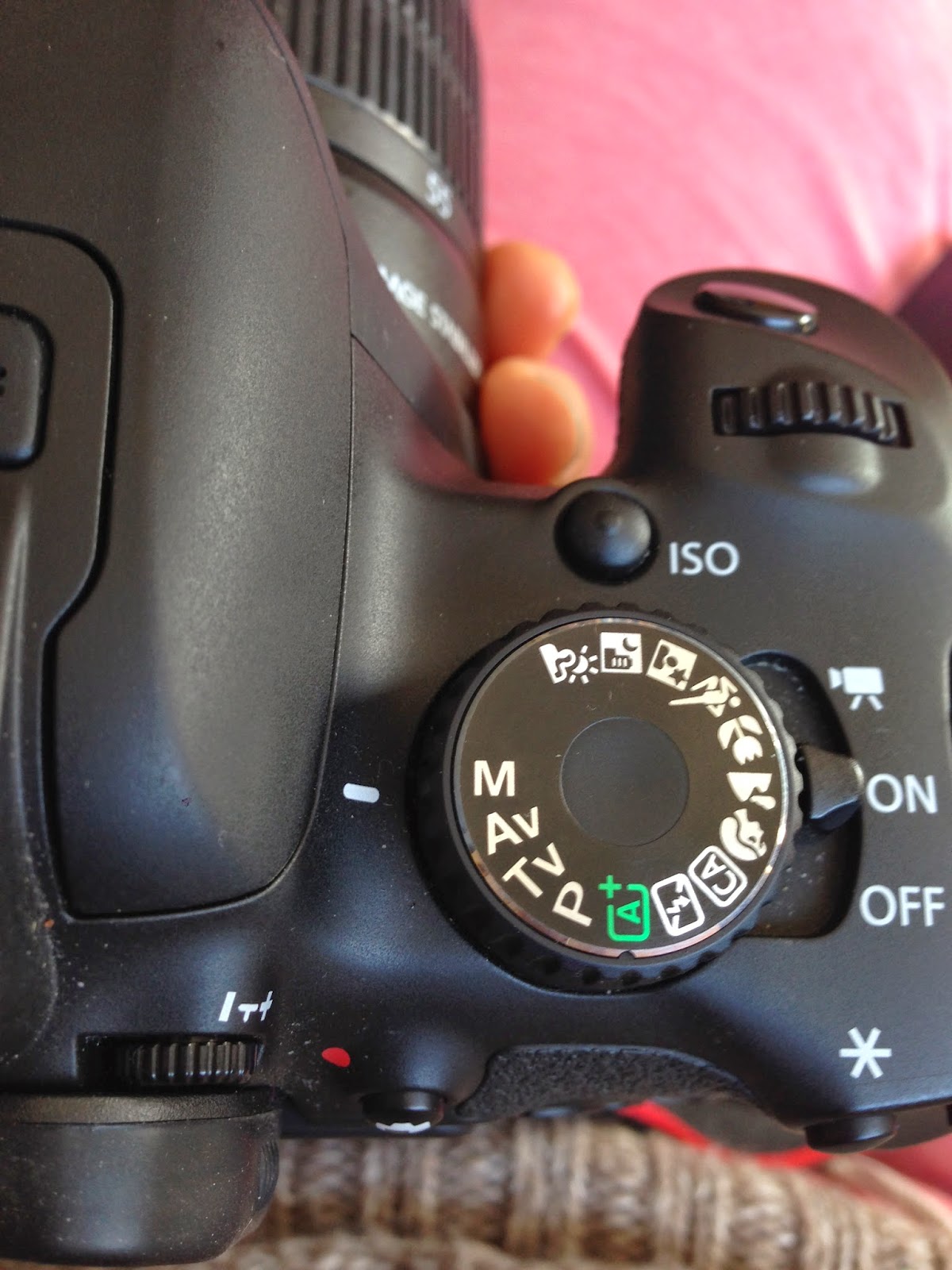 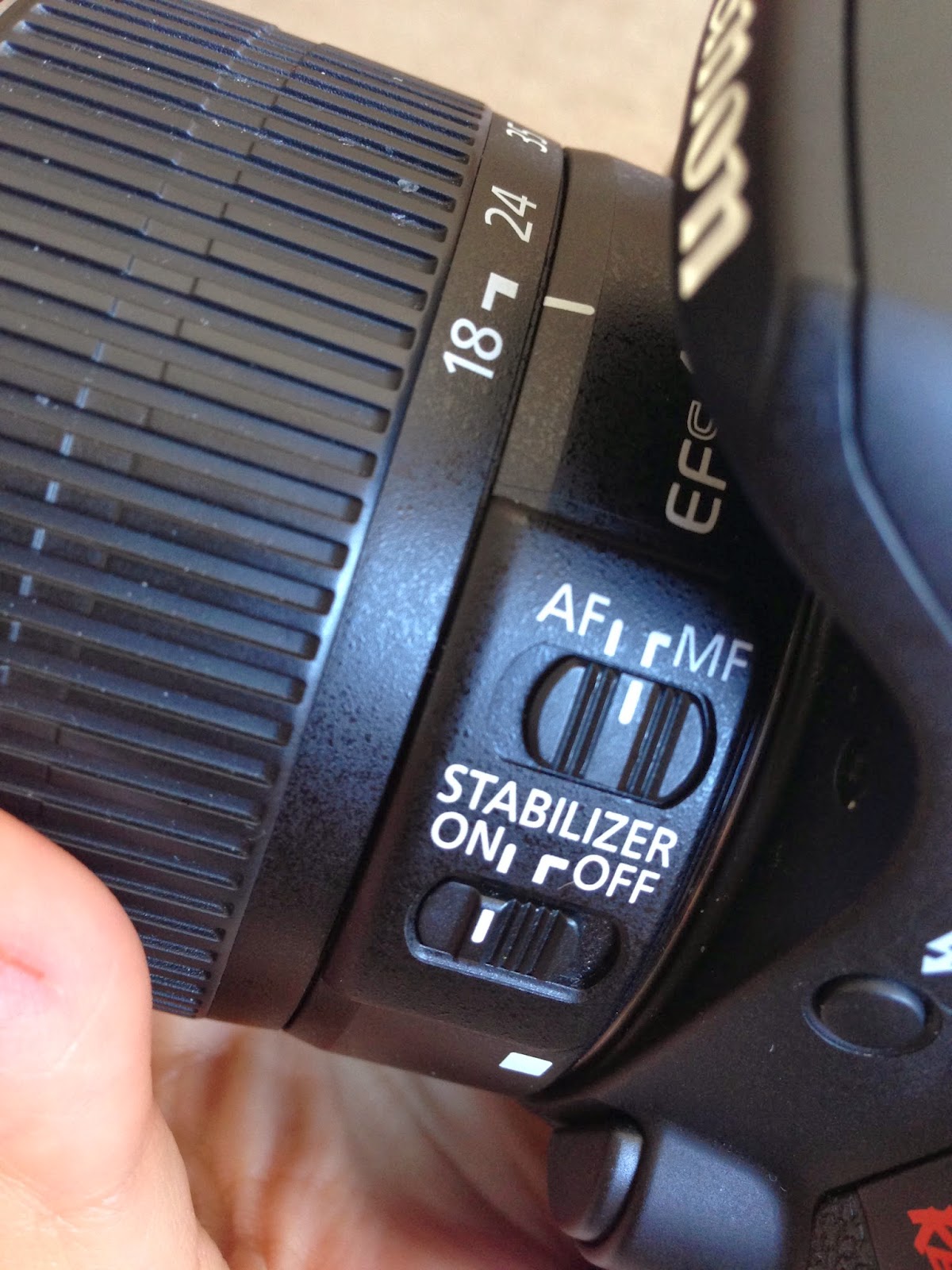 Open your aperture by changing it to 18mm.  Briefly put camera on AF (Auto Focus) focus on a sign or lamp post at a distant once the camera beeps put camera back to MF (Manual Focus) 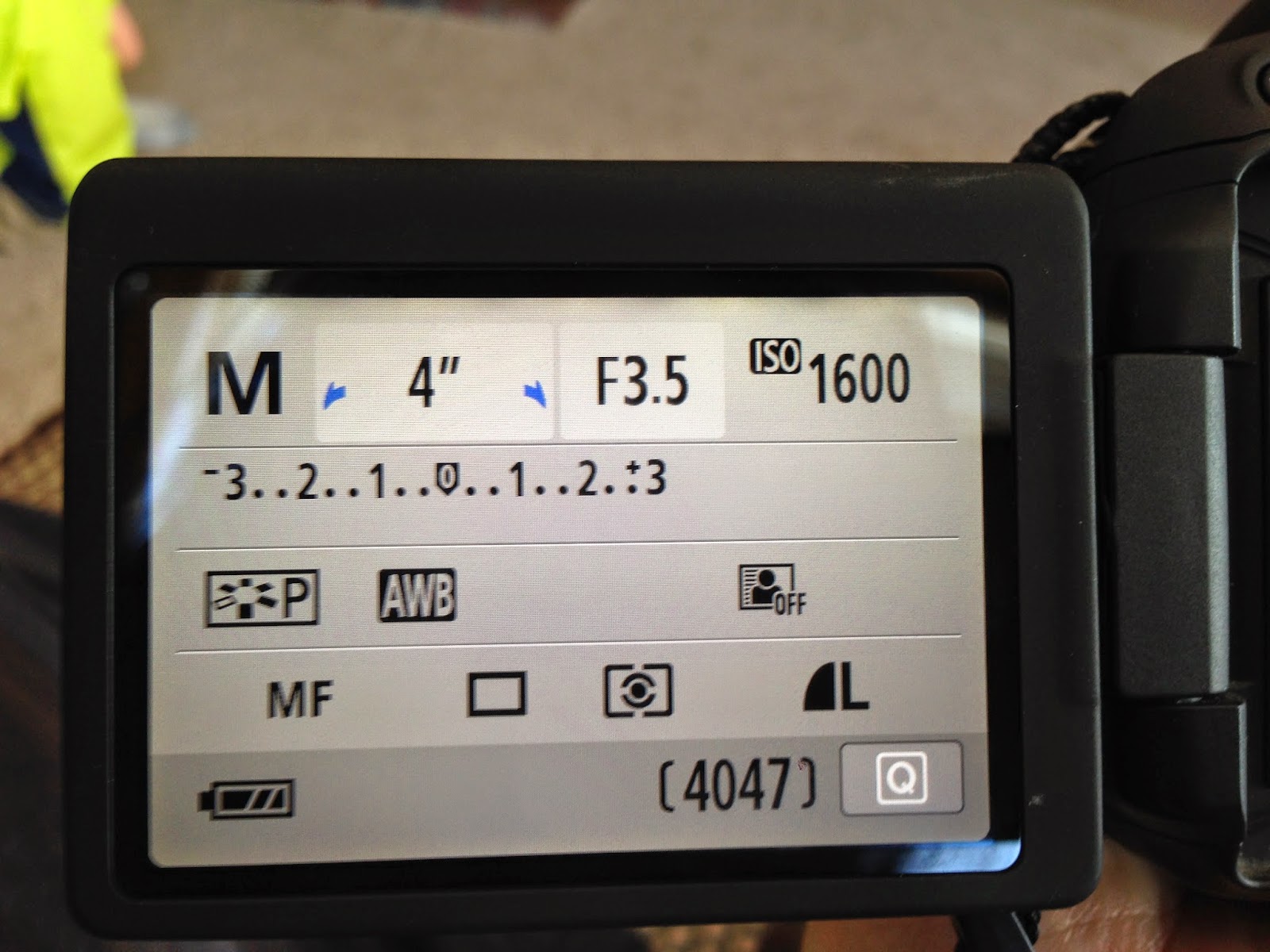 On my display screen.  M is for Manual.  4" is my shutter speed.  F3.5 is my F-stop.  ISO is set at 1600.  The single rectangle near the center bottom left is for a single shot.  I would go here to change my setting if I wanted multiple shots or to set my timer to 10 seconds before the camera snaps a photo so I have time to run on the ice in front of the camera and pose and hold my pose till the camera is done taking the shot.  To change settings using the display you have to press (touch screen) the white Q in the bottom right-hand corner then press f-stop, shutter speed, iso, etc.


Now that you've gotten everything set up.  GO AND TAKE A PICTURE! 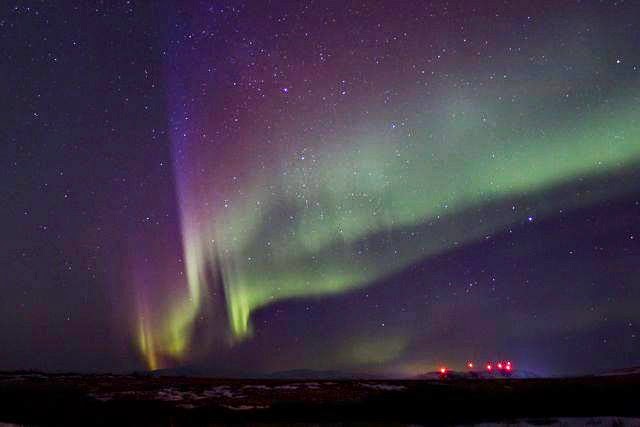 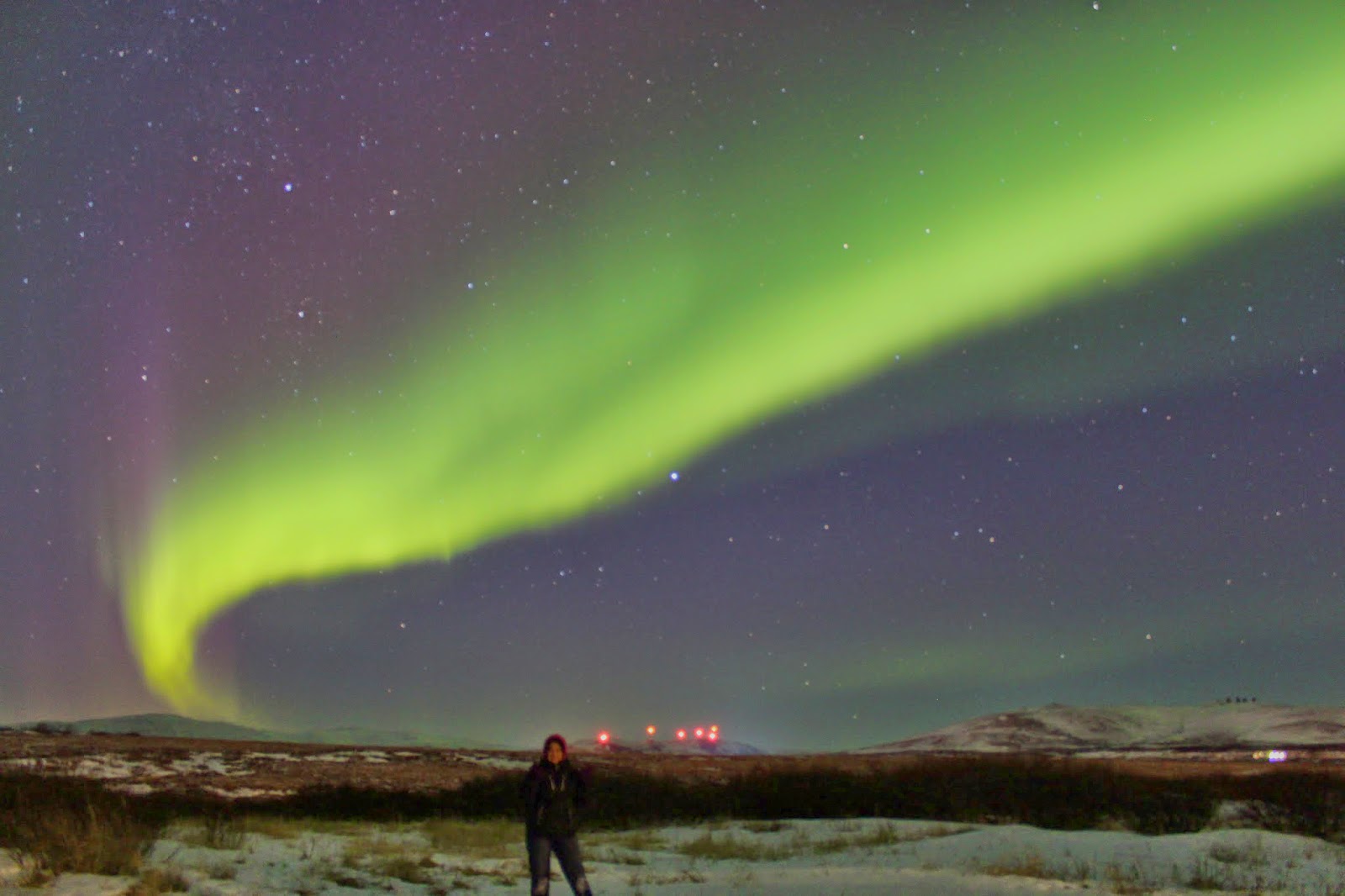 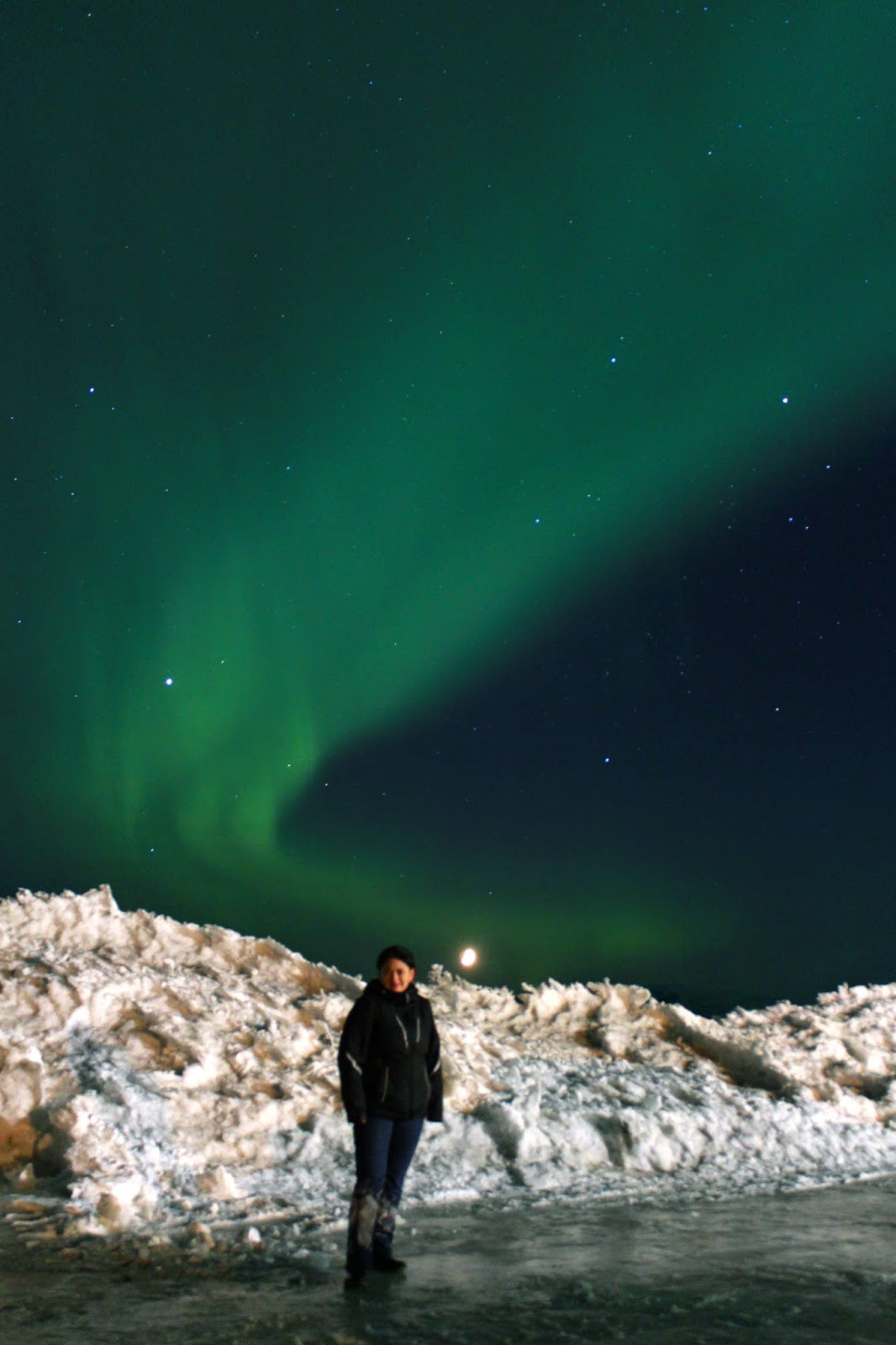 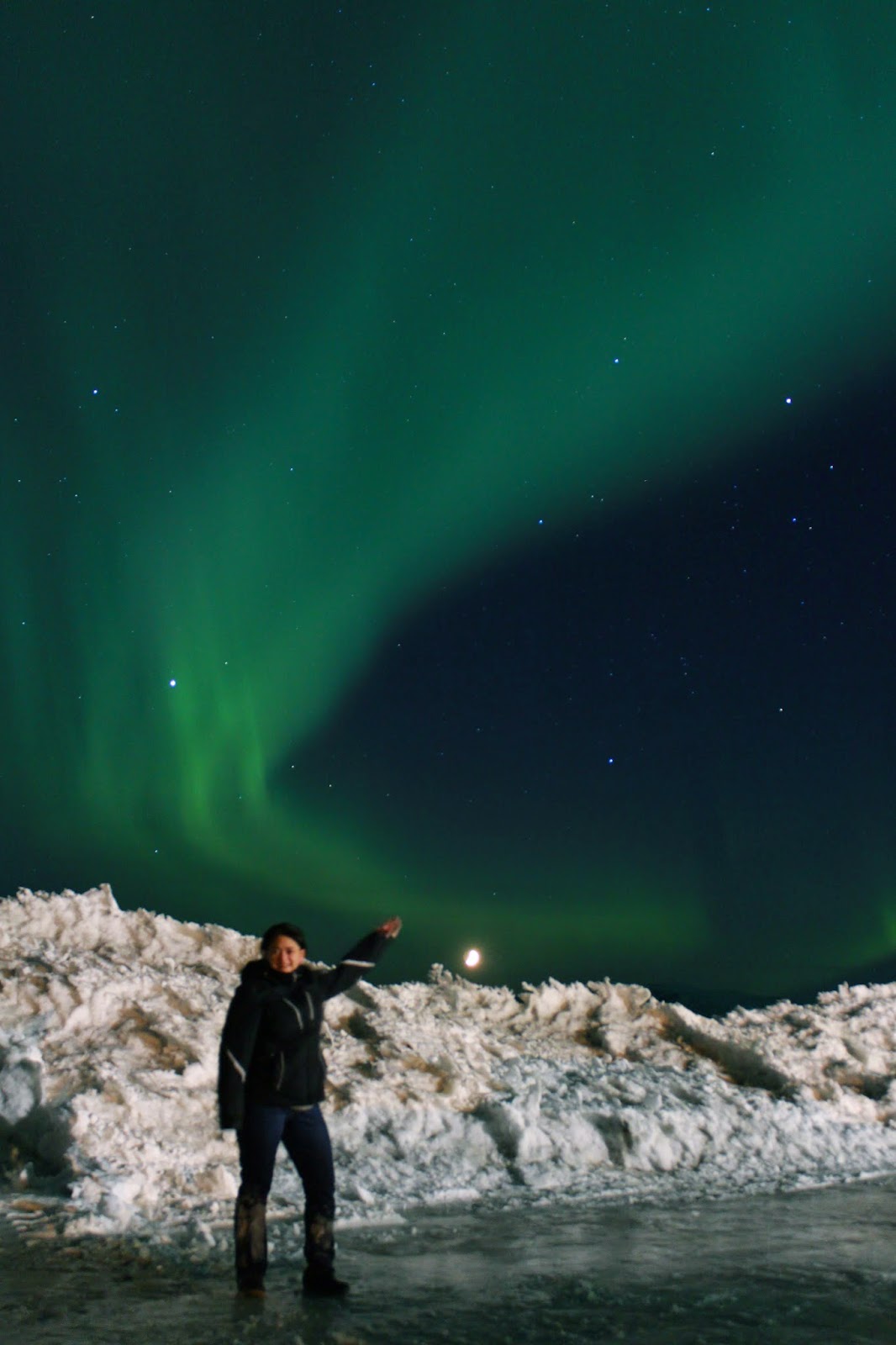 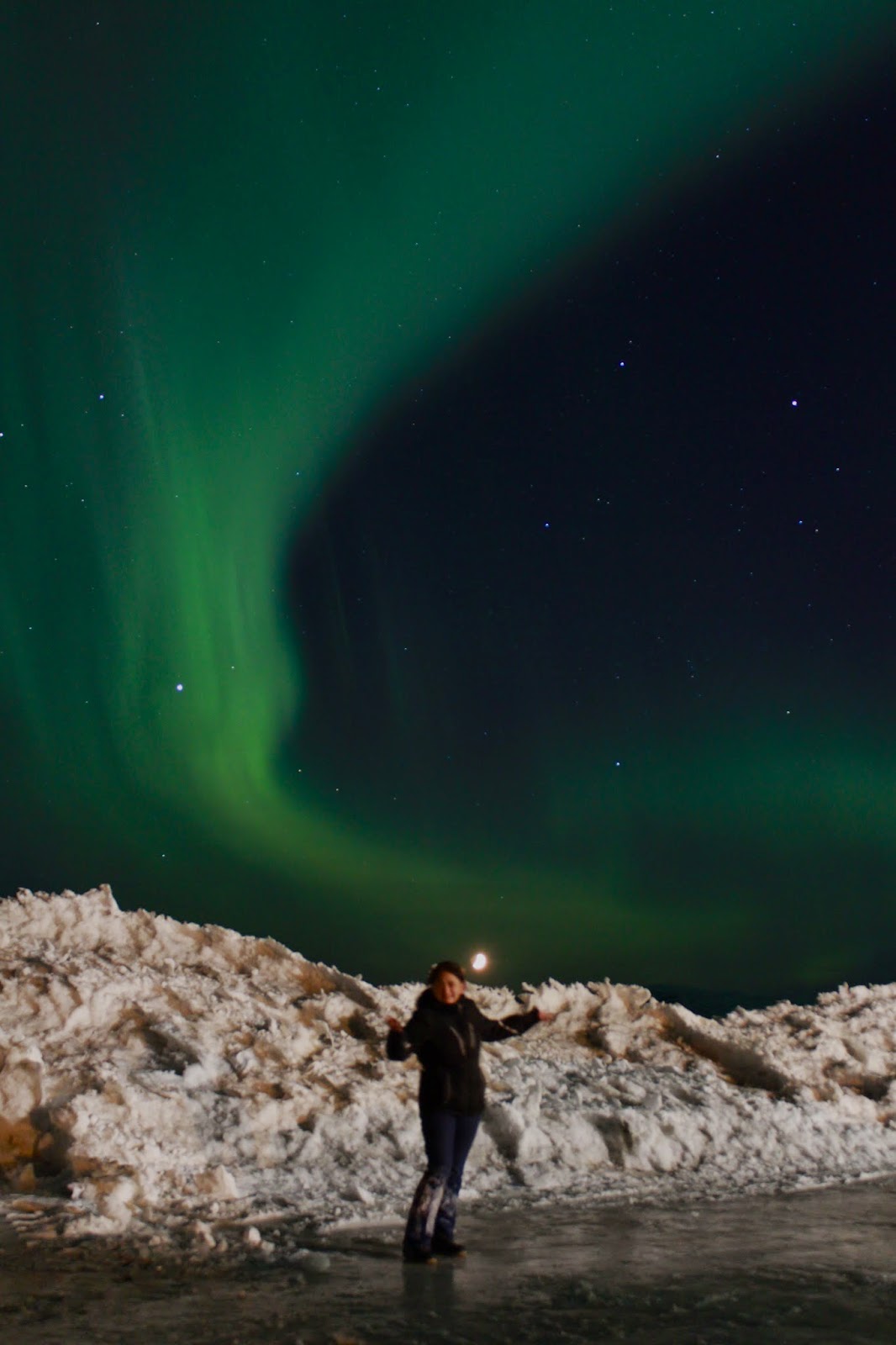 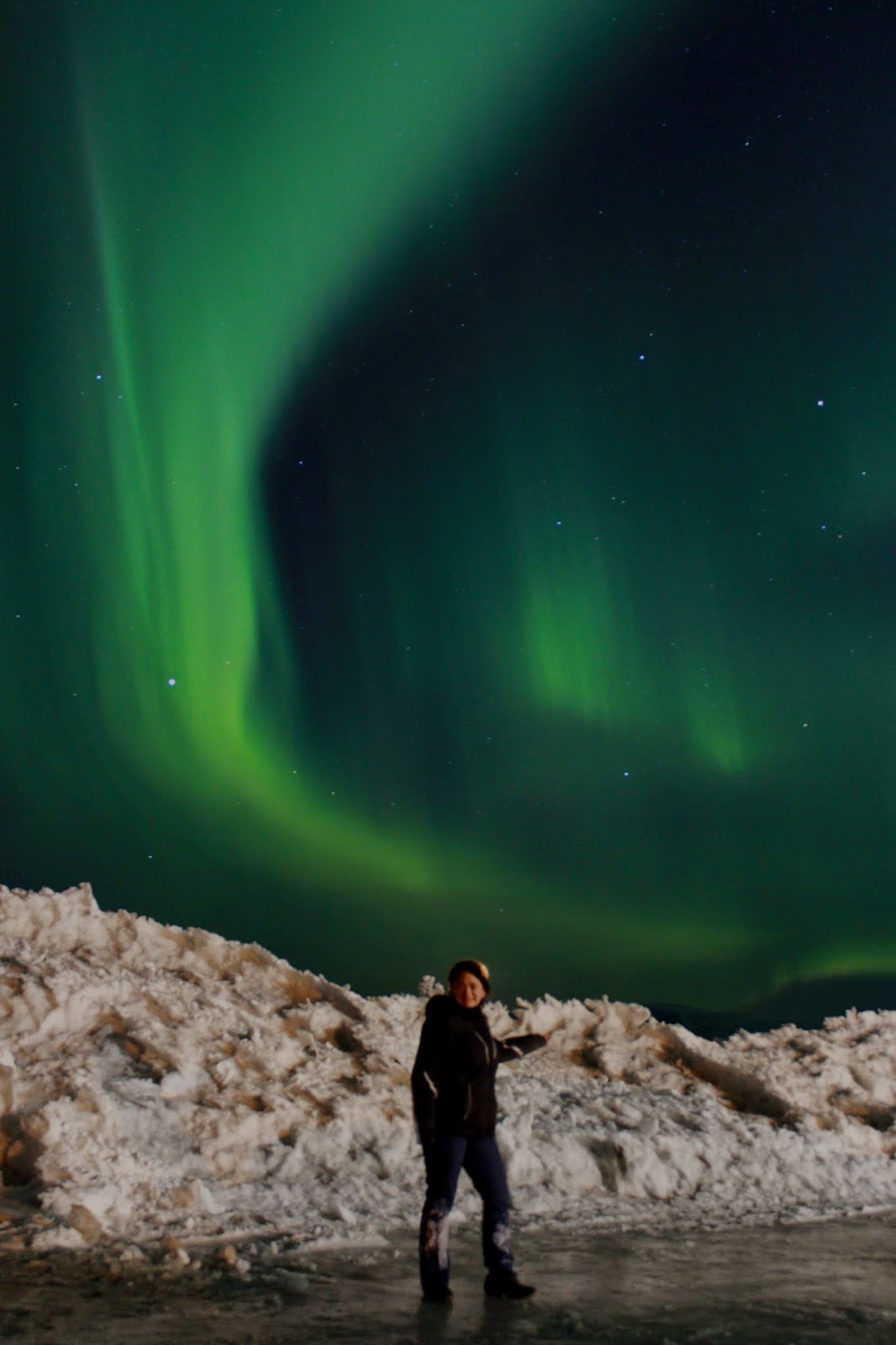 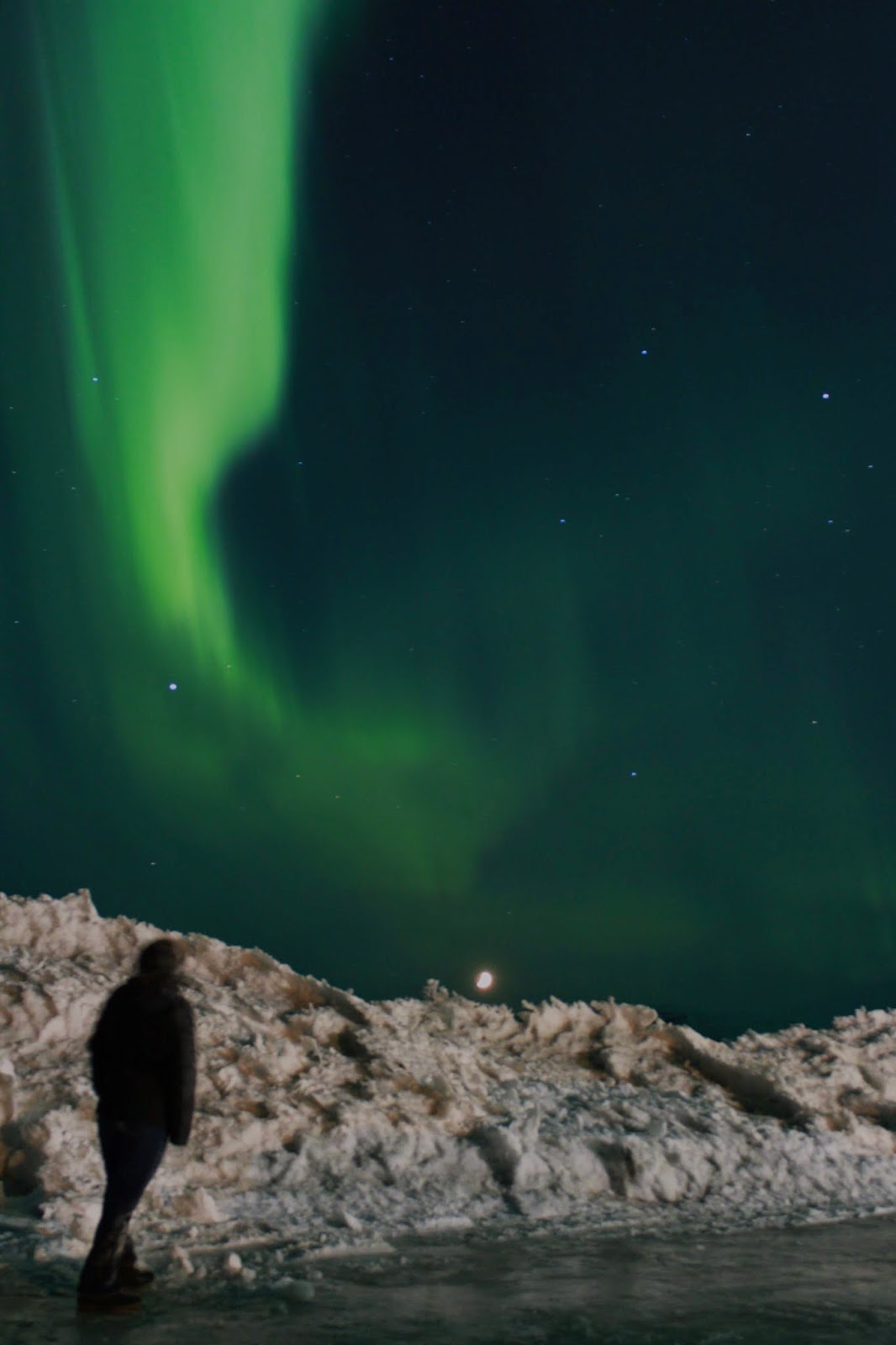 In this photo, I turned around, I took a moment to look up and it was AMAZEBALLS!!! There's something about being alone and staring out into the night sky.  Trillions of stars, galaxies, planets and Aurora in front of them displaying a show just for you (I mean me).

My hands were freezing and I my tripod malfunctioned so it was time for me to go inside and warm up.  It's not until I load the pictures to my laptop that I think of what I will do differently next time. The lights were bright and I enjoyed my time playing outside with Aurora.  I probably won't get a chance to see her again till next winter since it doesn't get dark here till after midnight and the sun rises at around 6:00 am now.  Next time I'll wear gloves, next time I'll reduce my shutter speed, next time I'll try to take some video footage, next time I'll build a snow man... do you wanna build a snowman! (I have 4 kids) 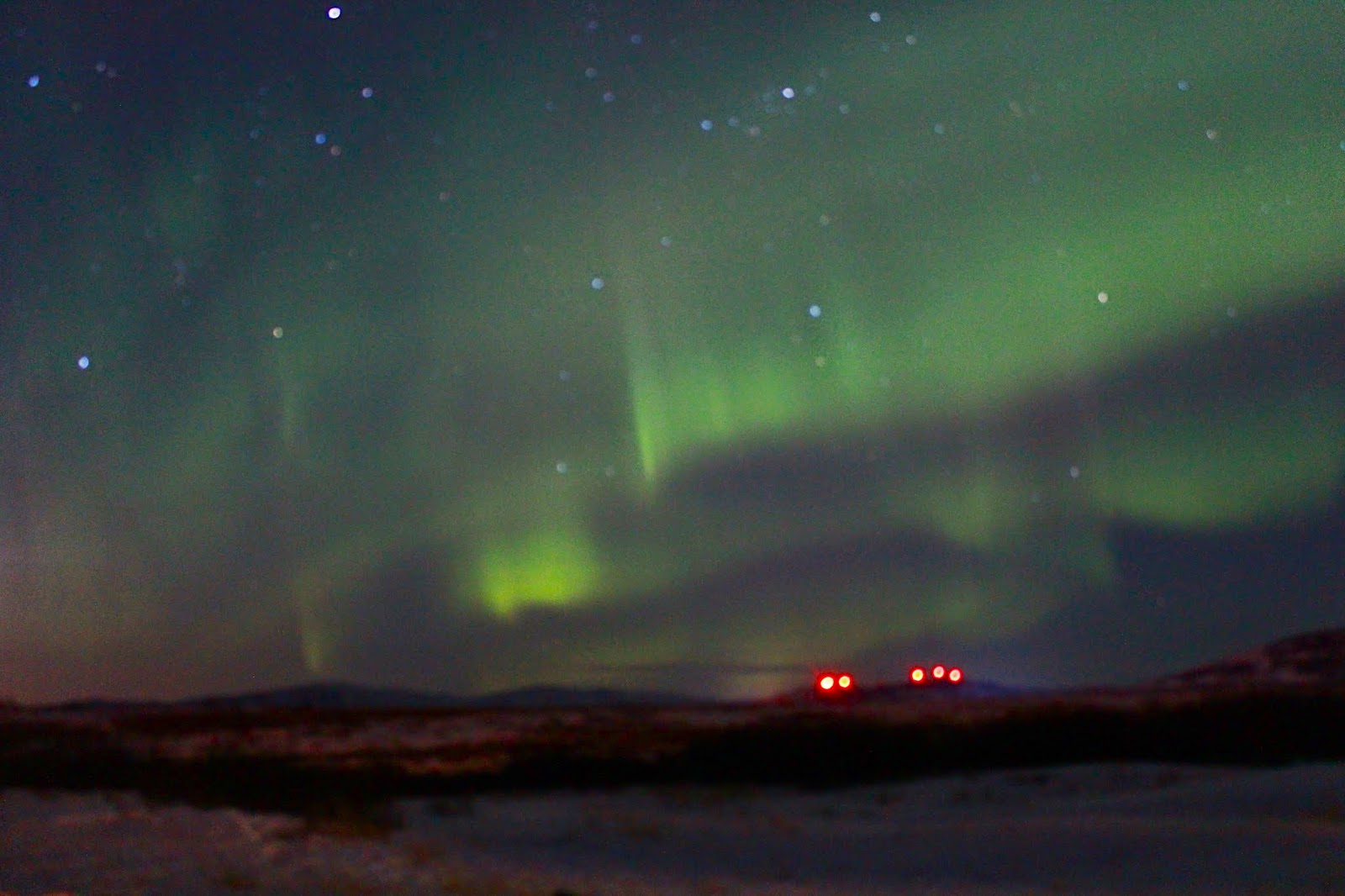 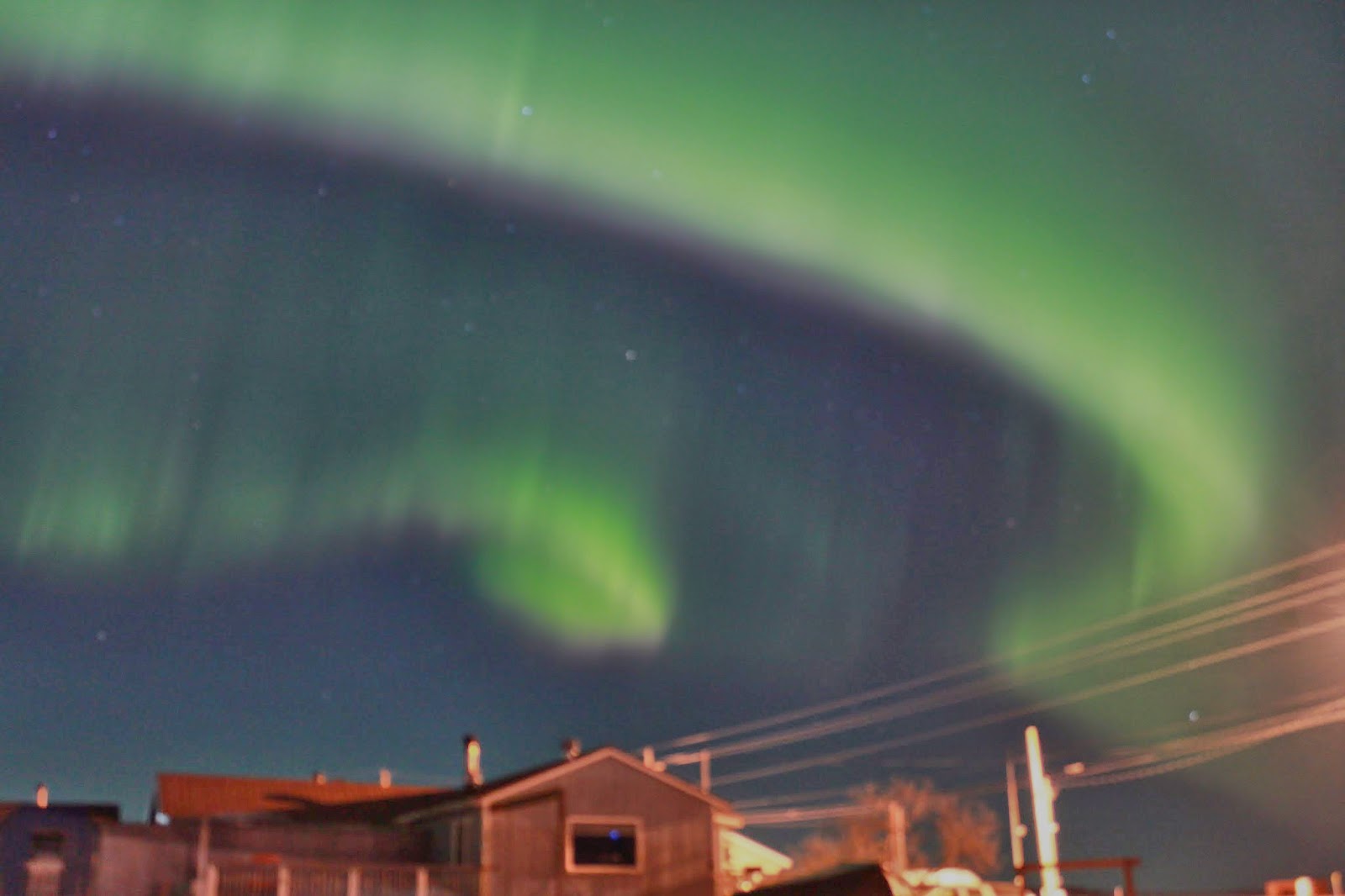 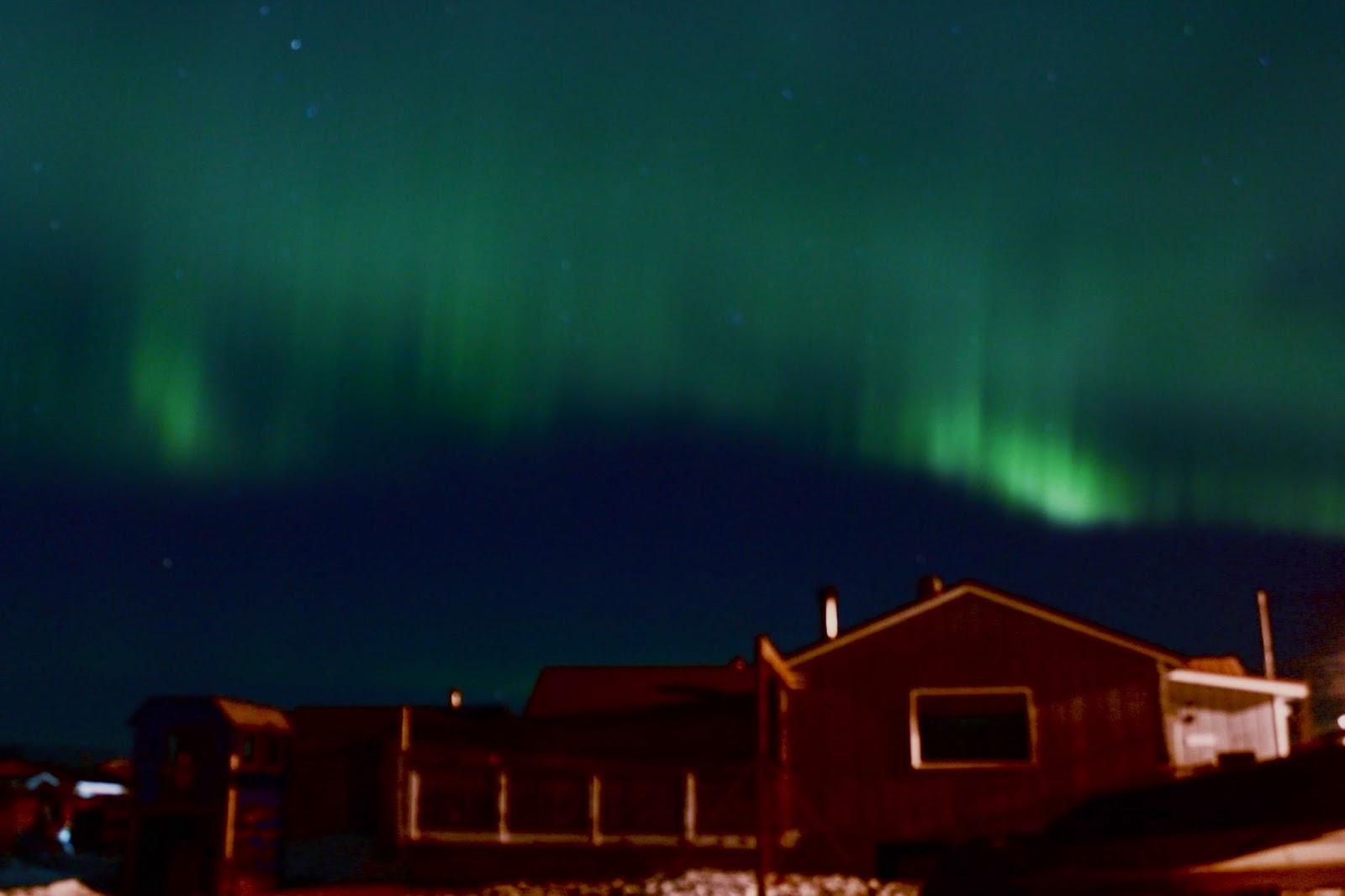 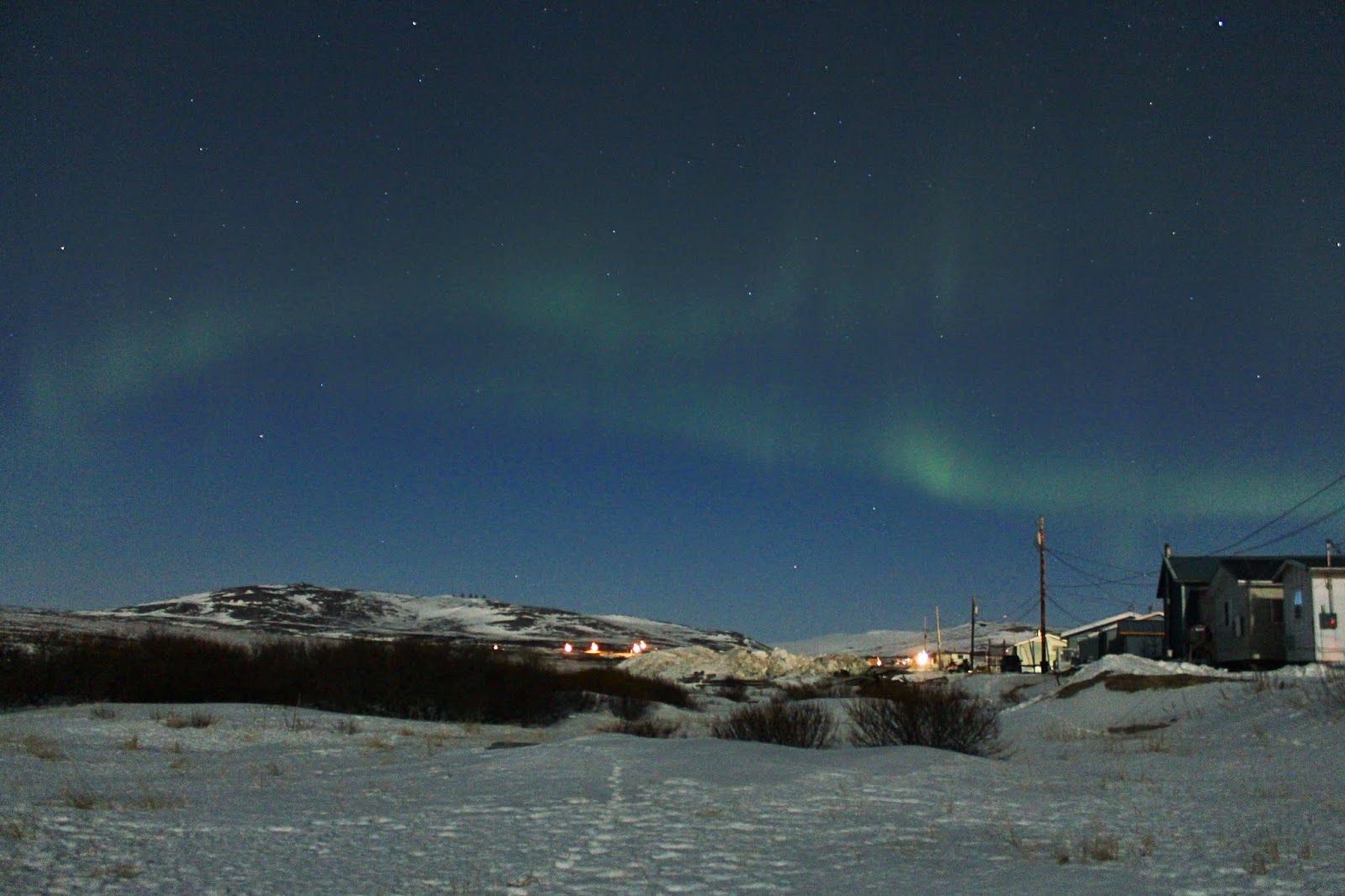 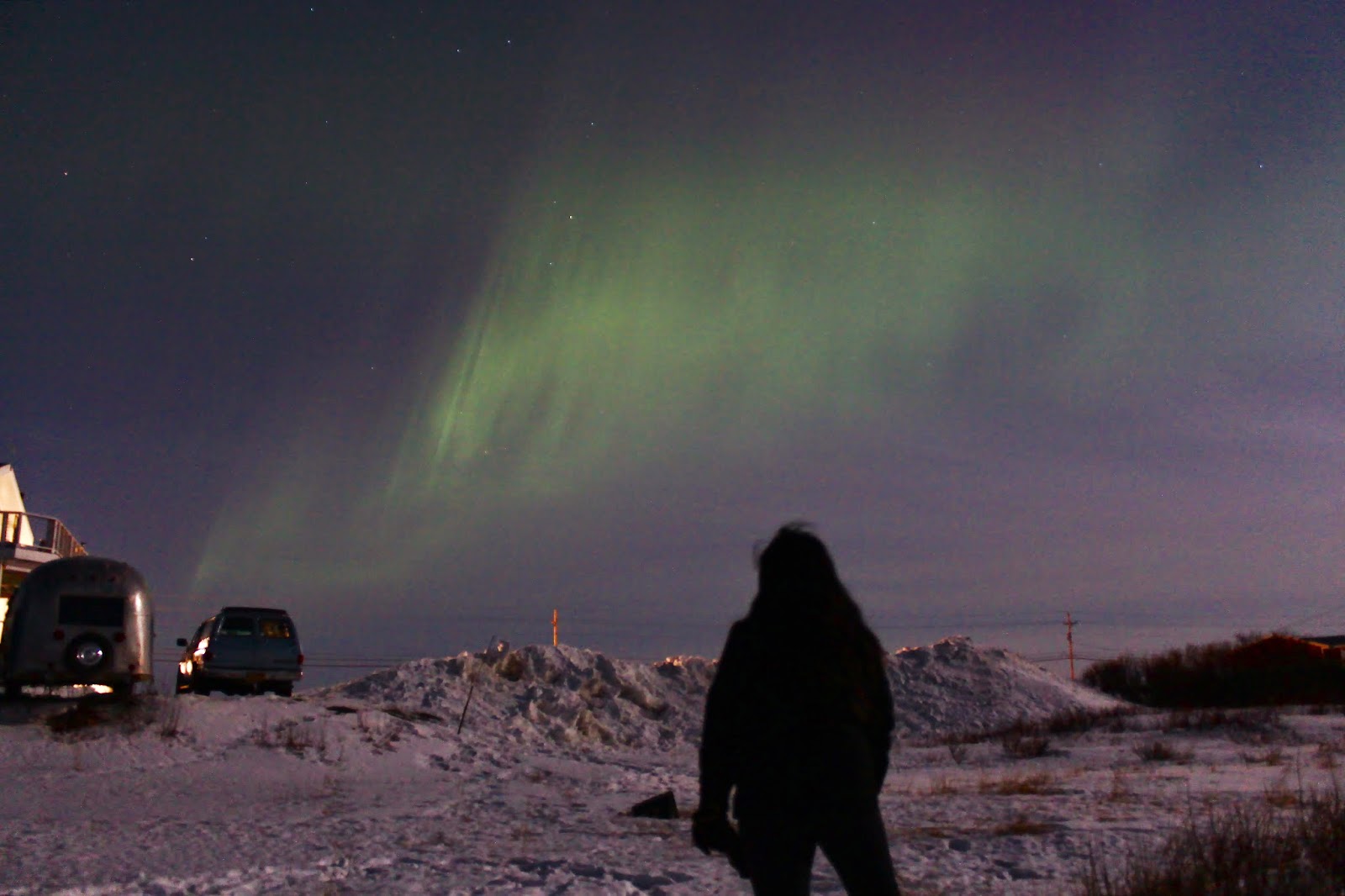 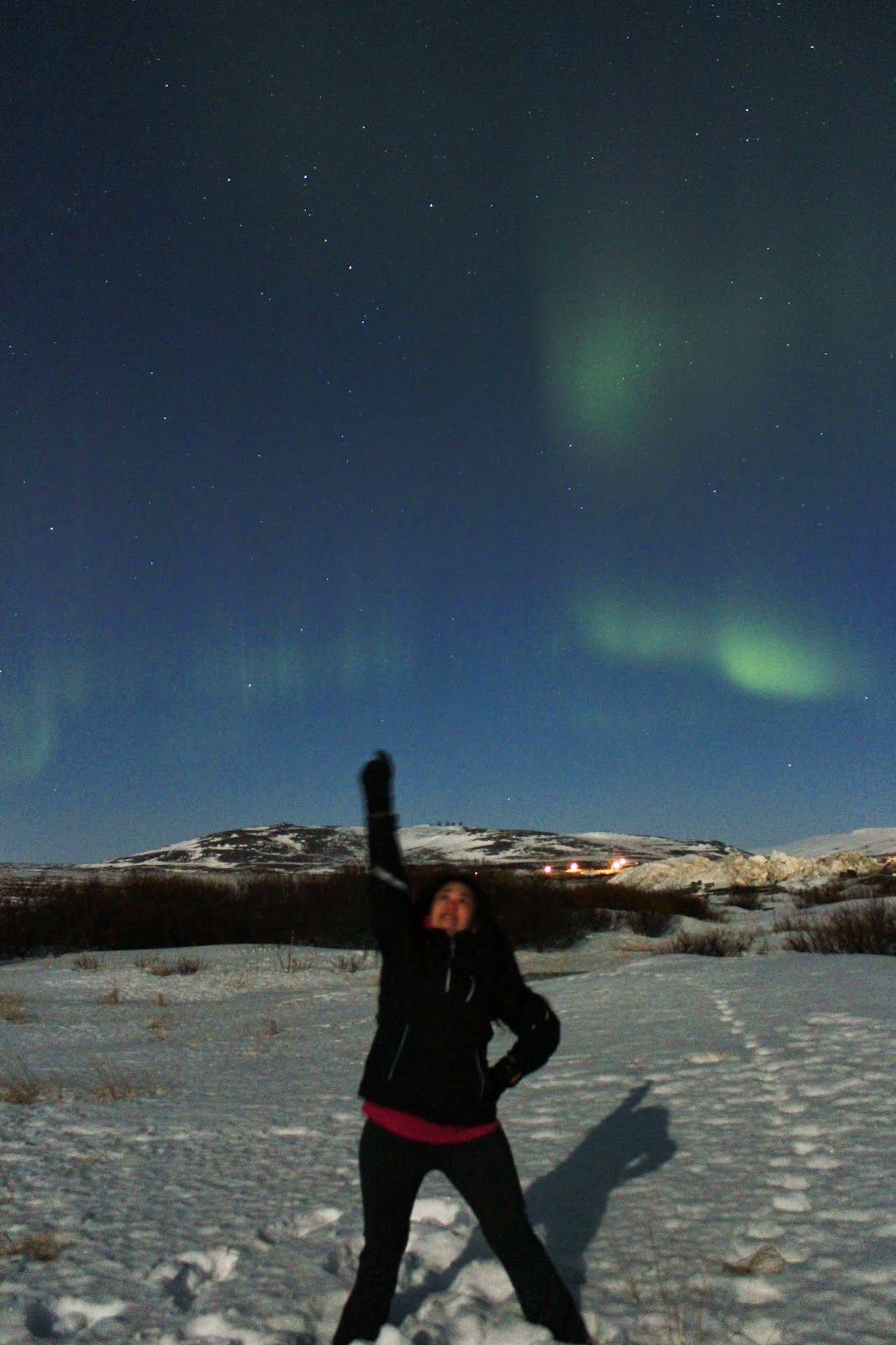 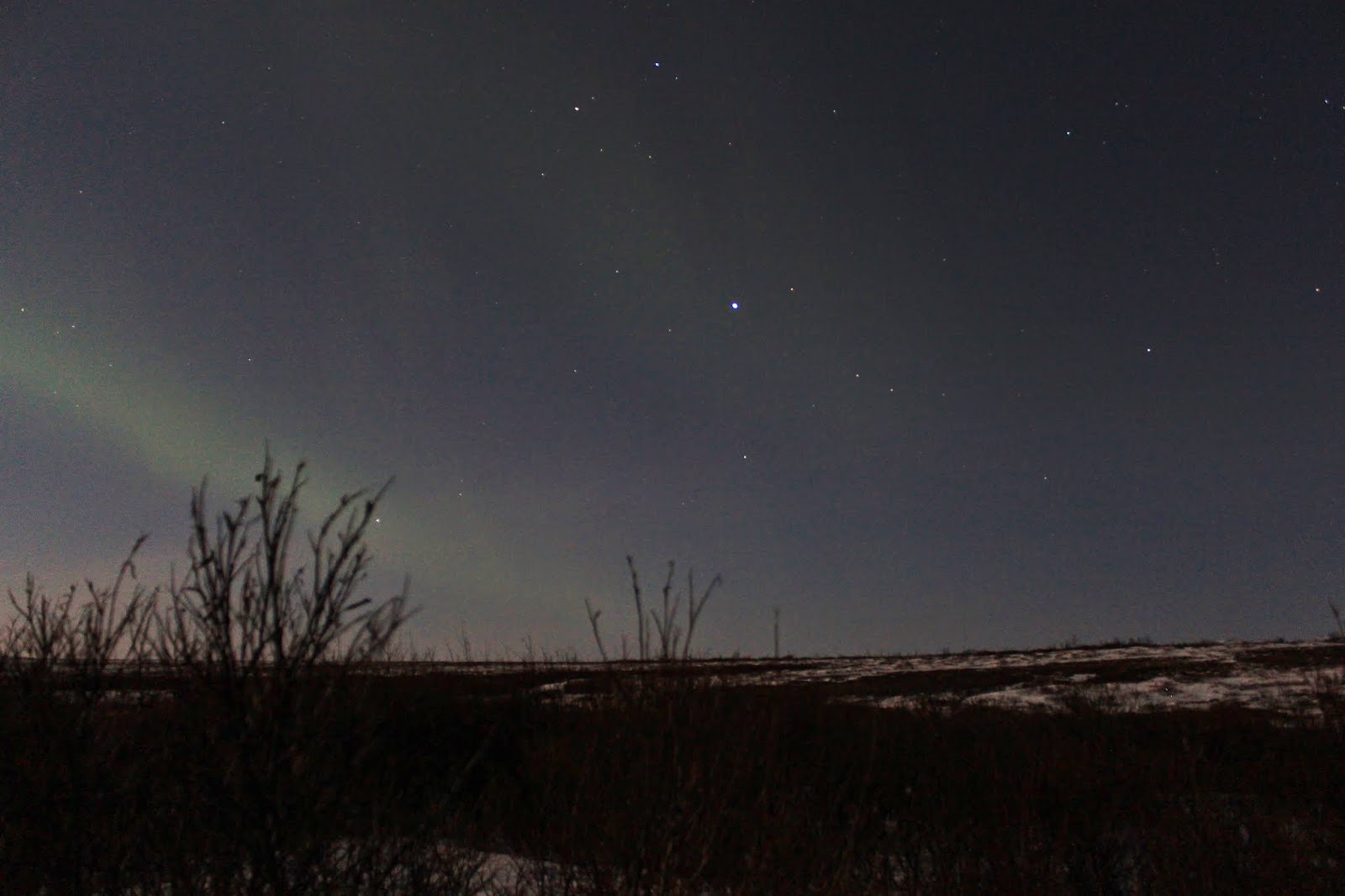 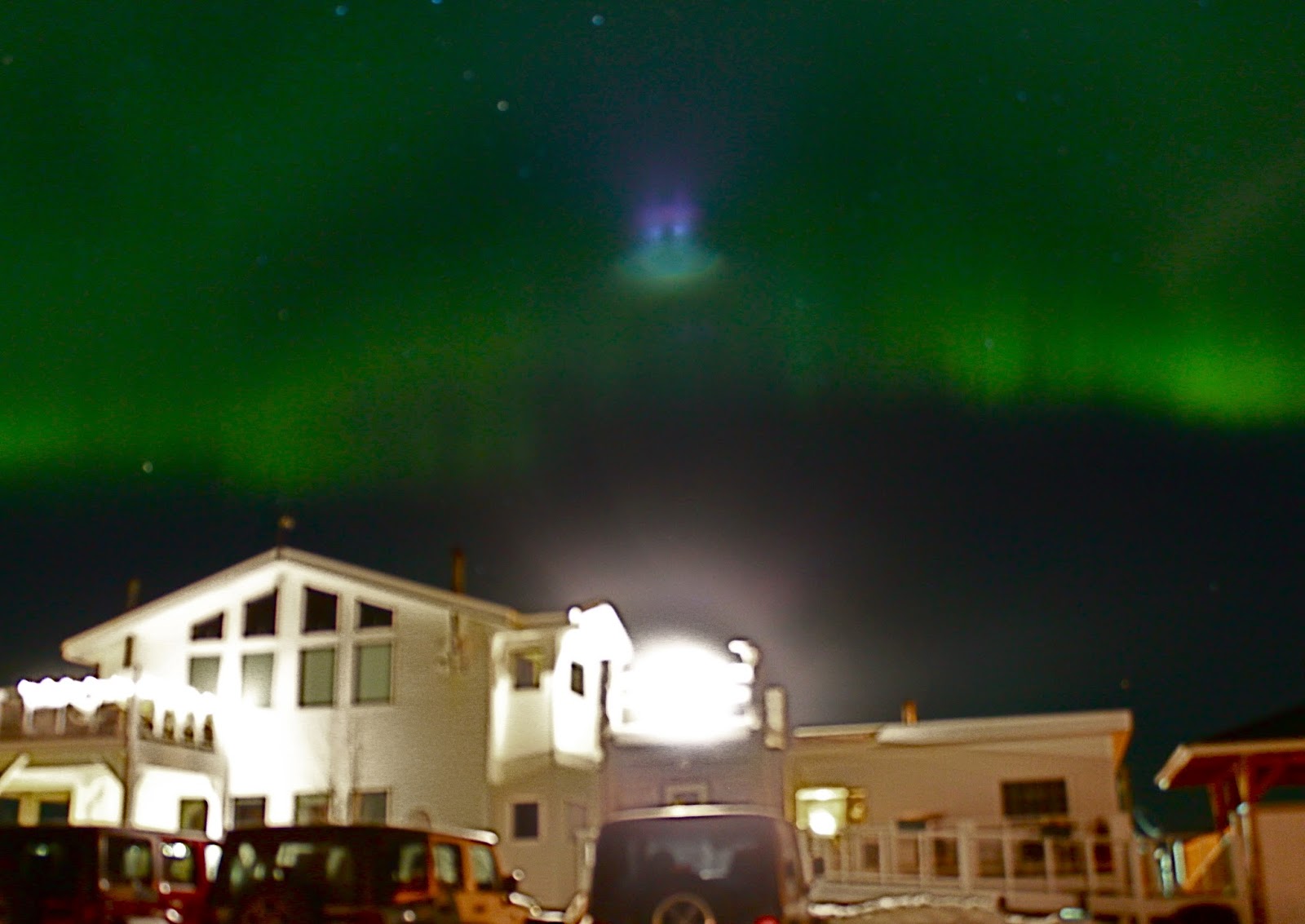 Oh look there really are aliens in Nome... okay not really.  Just some reflection from the light source below into the sky playing tricks on my camera.  Thought it cool enough to post though :-)