On the Nome-Teller Highway at about mile 7.5 there is a trail to a place called Tom's Cabin that our church with family and friends like to go to annually as our Pioneer hike that is 3 miles in and 3 miles out.  You can hike or take a 4 wheeler to it in the summer.  Some individuals even take their trucks or jeeps out there.  Beware that there are a lot of muddy wet spots to get stuck in. 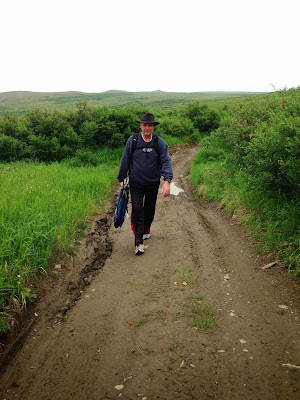 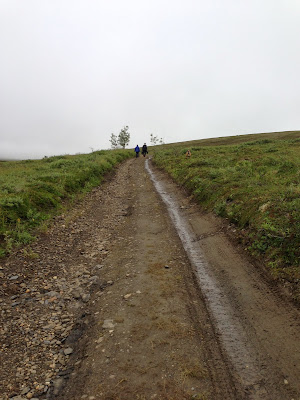 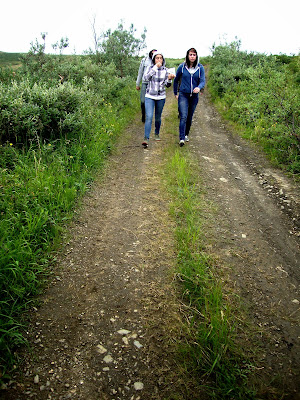 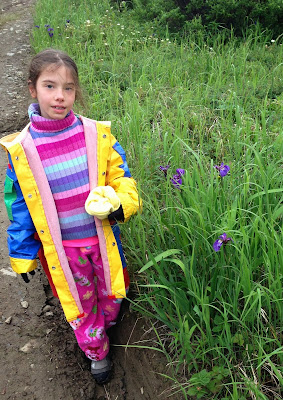 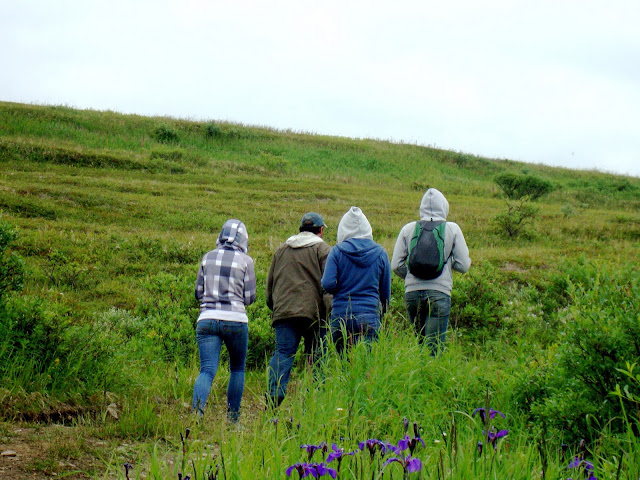 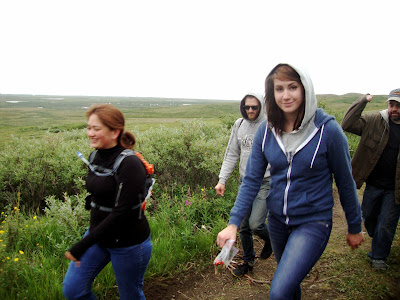 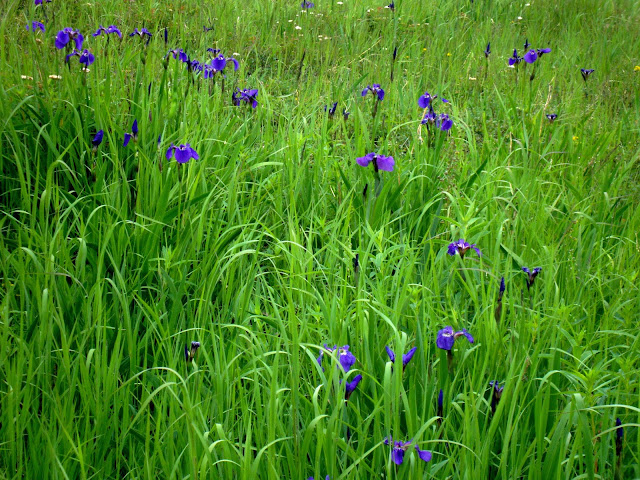 And then you get to this little stream with some mini bridges that were built to help you cross over. 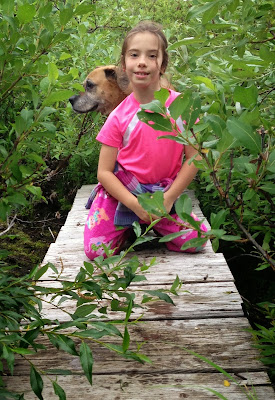 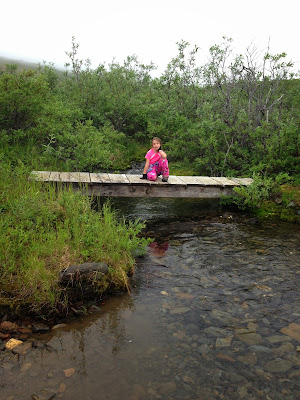 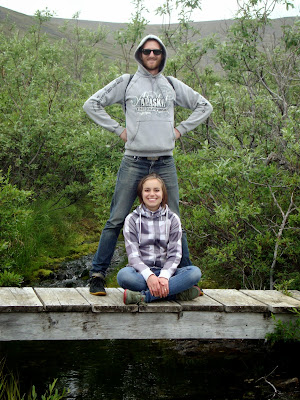 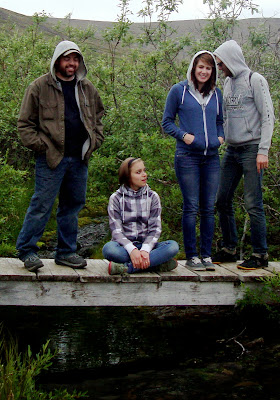 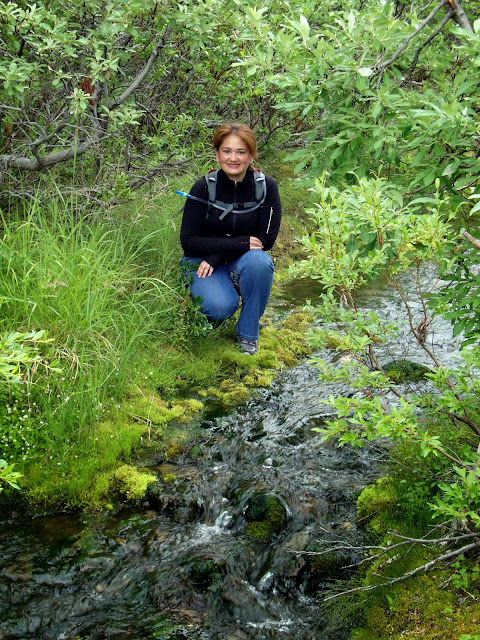 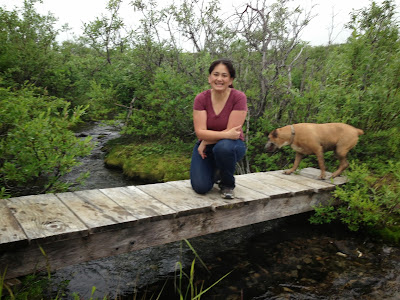 Yay!  After 3 miles we finally arrive. 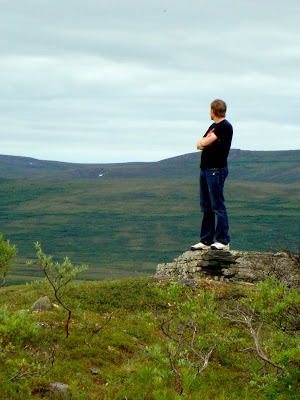 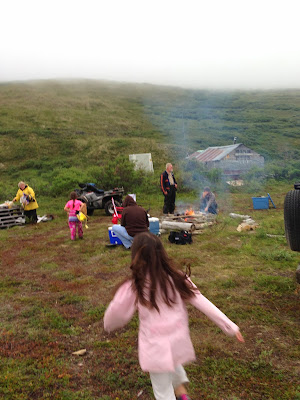 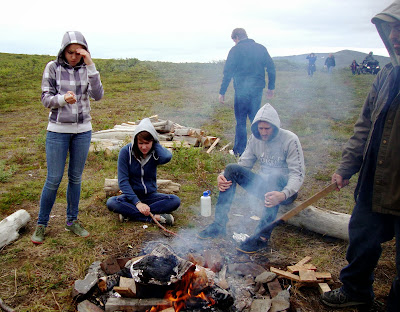 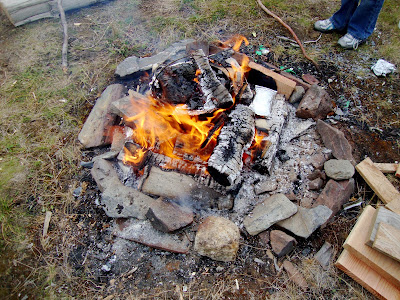 Time to roast some dogs and cook up tin foil dinners 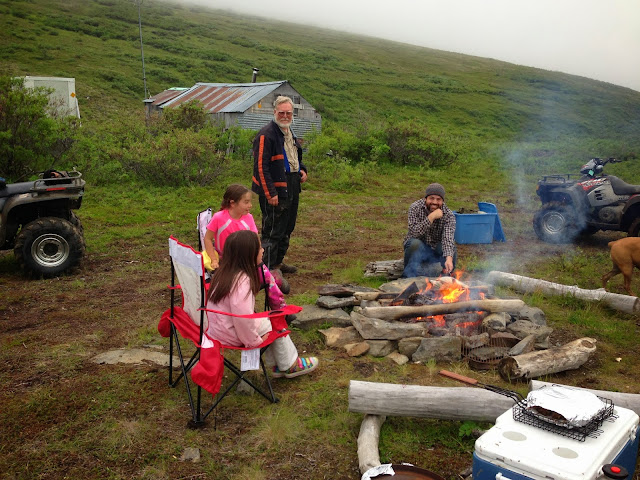 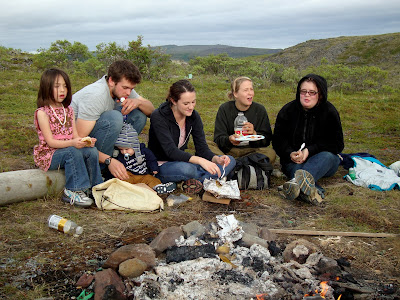 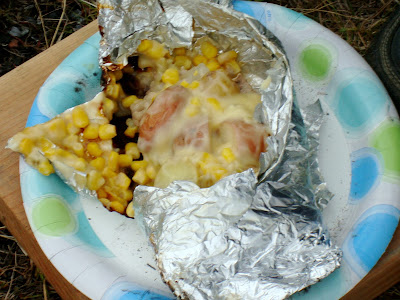 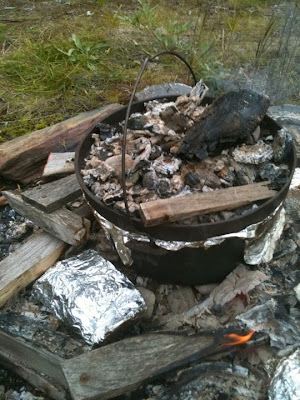 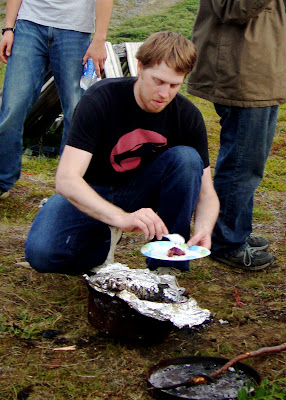 Every year I make a large pot of blueberry cobbler.  It's a huge hit with the rest of the crew. 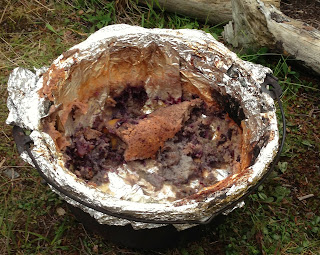 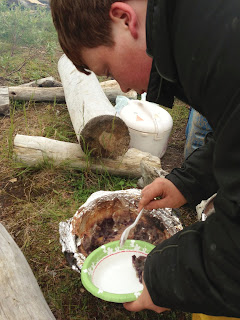 Large cast iron dutch oven with layers tin foil and in between layers of tin foil are cabbage leaves to help prevent cobbler from burning.  2 pkgs yellow cake mix, large can of peaches with juice,  two cups of fresh blueberries picked off the tundra, A stick of butter cut up into quarters, and some diet soda or juice to thin it down a little.  Cover and bake in hot coals. 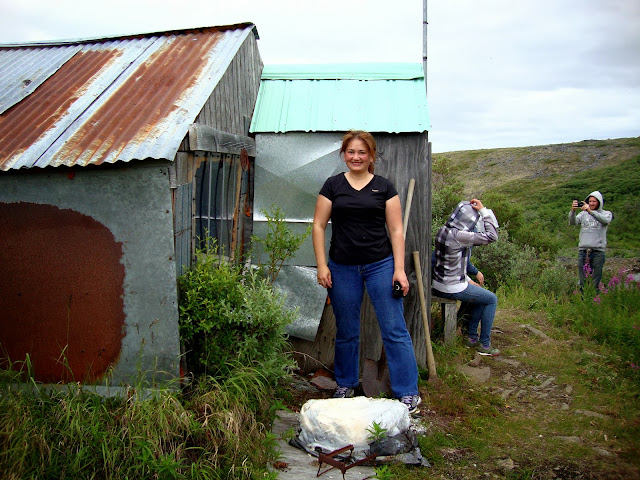 Here I am at Tom's Cabin which is an old miner's cabin.  To the right of this picture is a steep drop off with a large mountain/hill starting at the drop off's base.  It is a beautiful view and I could only imagine what it would be like to live here back in the early 1900's.

Inside there is a bunk bed, small kitchen area, and wood stove.  Nothing too fancy but a great shelter especially in case of emergencies.  There is also a note book for visitors to write in.  You can read individuals adventures and experiences while staying at Tom's Cabin. 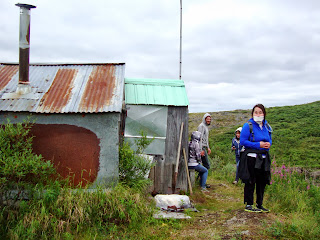 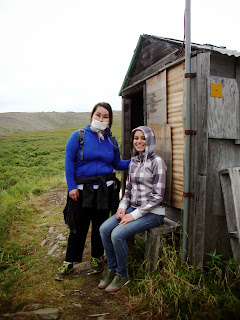 For many years I have been hiking to "Tom's Cabin" and have been asked by others who is Tom?  I didn't know and neither did most Nome locals.  In the process of working on this post here is what I found:
Tom's Cabin is named after Tom Bartol.

Which then sparked my curiosity of, who is Tom Bartol?  Through the power of Facebook I was led to Betsy Brennan.  Here is what Betsy told me:
WOW THIS GUY IS AMAZING!!! 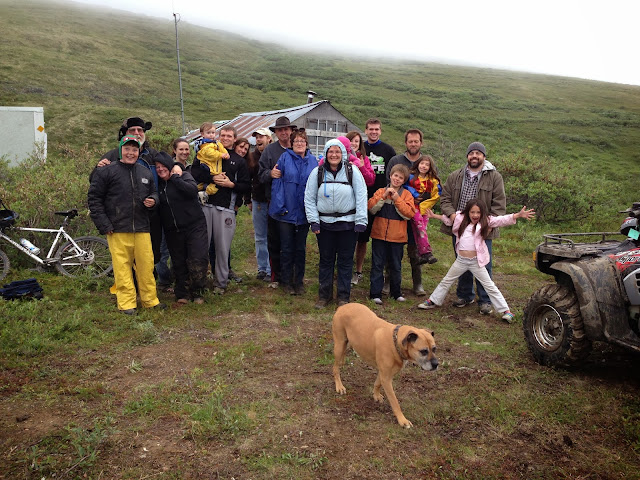