I had the opportunity to hold a live blue red king crab at the Norton Sound Seafood center in Nome, AK.  The crab was feature in our local newspaper the Nome Nugget.  Fisherman Frank MacFarland had caught this rare genetically mutated blue Red King crab this later made national news. Don't get this confused with the Blue King crab which is red with royal blue highlights and are not as rare as this genetically mutated crab. 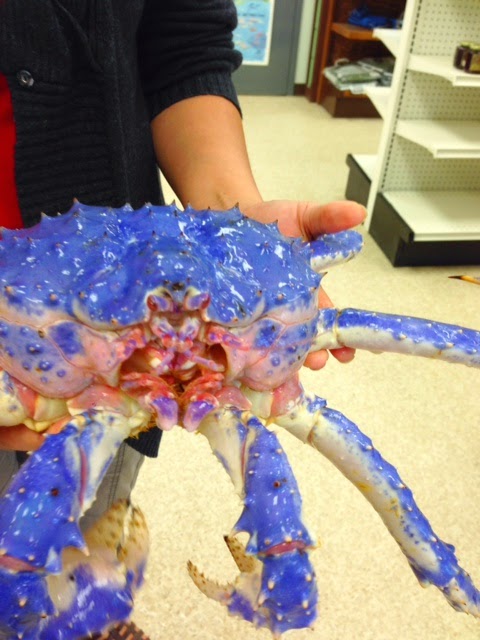 Isn't he beautiful!!!  Yes, it's a he... I checked.  He was so georgeous that I just wanted to hug and snuggle with him. 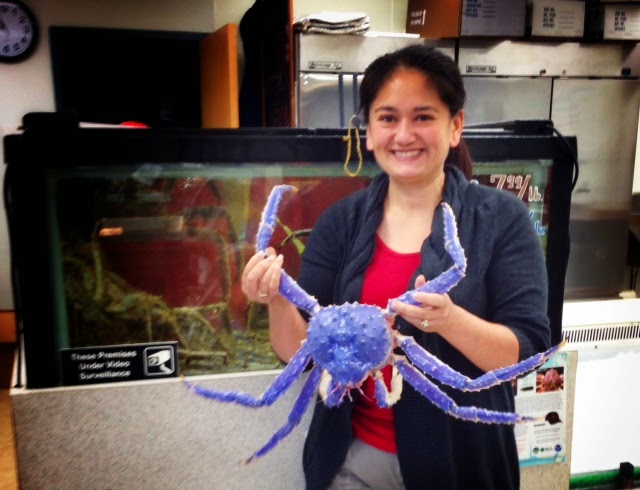 Sadly I new he needed to go back into the tank. 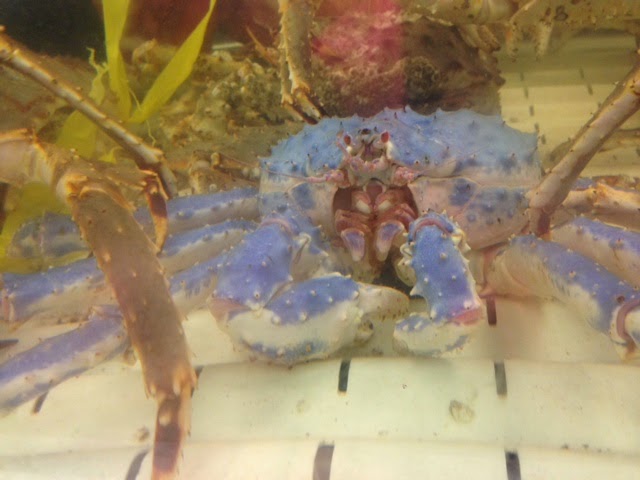 I went home and showed my kids the photos I had taken of this crab and they all thought I had made this all up and had done some photo editing.  I had to prove them wrong and let them see for themselves. 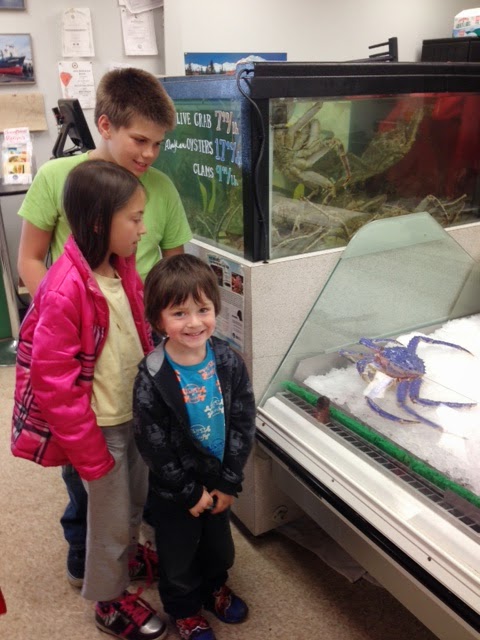 I told them it was a once in a lifetime opportunity to see a rare blue Red King Crab in person. 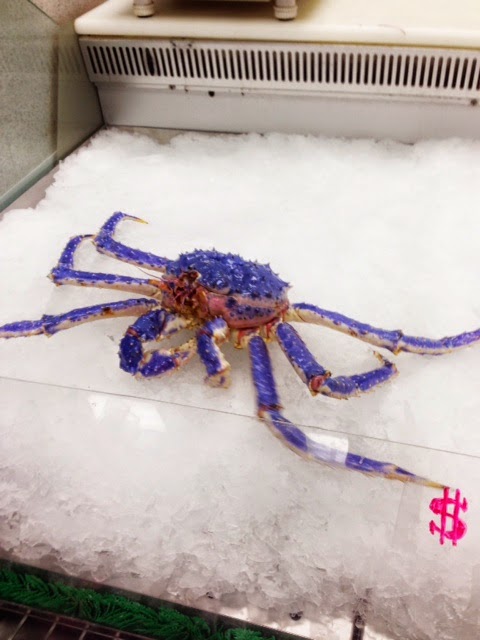 We all agreed the he was more of a neon purple than blue. 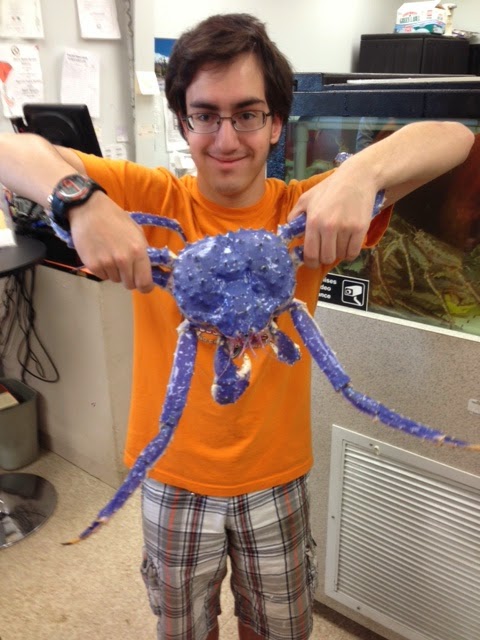 Mr. Blue Crab lived at the seafood plant for about a week and then was shipped off to a taxadermis to be mounted.  Not sure how I feel about this... I think it would have been nice to have him at the Sea Life center in Seward... oh well.  ACTUALLY I think Nome should have our very own Sea Life center... because we have some weird stuff in our waters!!!
﻿