In Nome, Alaska on 11/9/11 between 2pm-5pm after a blizzard with 60 mph winds that occurred the night before. First part of video shows East End Front Street at around 2:30 where the waves were getting high a few hours later same road but shooting from a friends balcony on Front Street with the road torn up. Snap shots are of my neighbor's roof, my car that someone or something ran into during the blizzard, other cars that ran off the side of the roads. At 3 minutes West Beach where miners have there cabins. Water has risen to their cabins and there was a road that is now non-existent, this shot taken at about 2:30pm before high tide at 5pm. A friend of ours who lives in one of those cabins moved to our house he night before, good thing he did. Shots of Bering sea and front street and last one is of a tired seal on the the snake river resting from being tossed by waves in the Bering sea, shot was taken on our way to West Beach on Airport Rd.

Oh and I'm FAMOUS! check out this video of my interview with right this minute click on the link:
http://www.rightthisminute.com/story/alaska-ravaged-storm 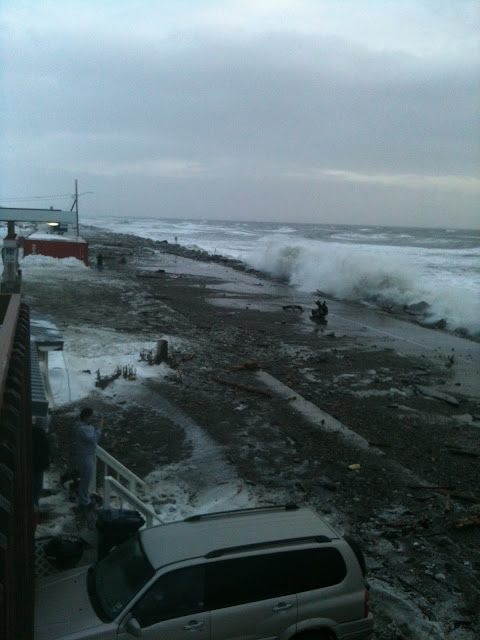 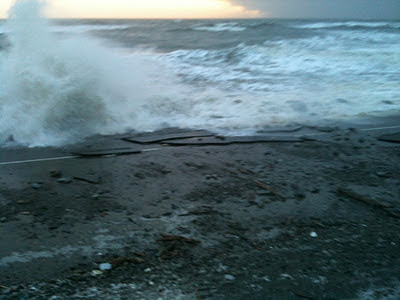 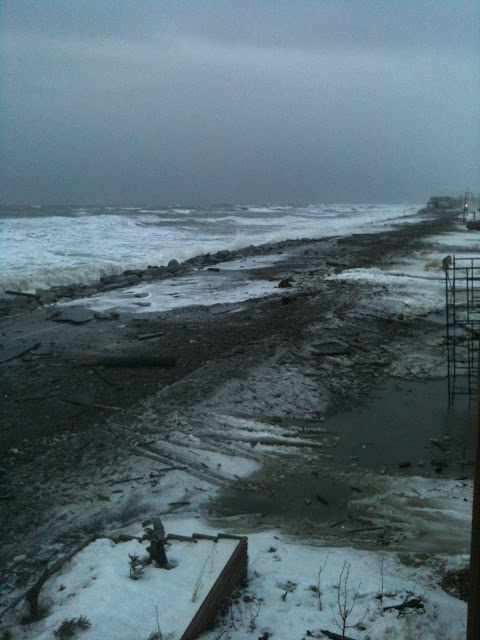 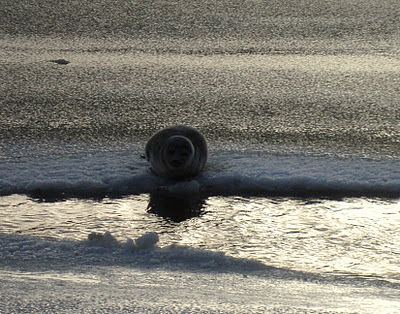 Tired seal who swam up the snake river after being tossed in the Bering sea. 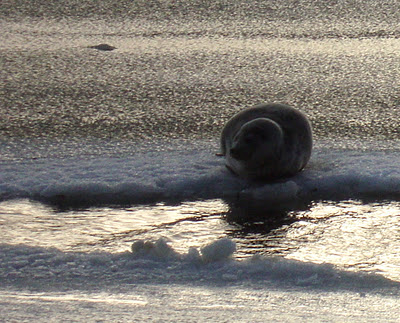 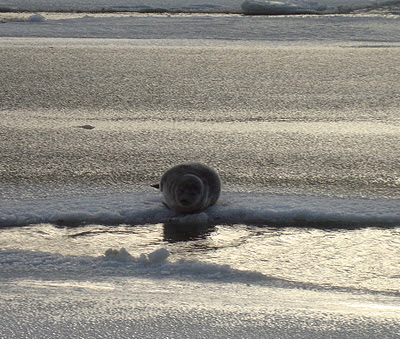